Are you the shelter or foster and have an update? Click this link to submit updated information for Chubakka (Chewy).

I have a deaf 4 year old male Dogo named Chewy that I woefully, and regrettably, must put up for adoption.

After a singular, and tragically fatal, attack on a neighbor’s dog (a chihuahua) the courts are giving me until December 2nd to find another home for Chewy (short for Chubakka). They will not allow me to bring him home so he will be euthanized if he isn’t rescued or adopted.

He was a stray that wandered up on a relative. They could not keep him and I fell for him in an instant. I estimated he was 3 months old at that time and had been weaned. I took him to a vet and had him checked out. Their diagnosis was a clean bill of health but had determined that he was deaf. I did not have a blood test performed to determine breed purity. He is neutered, up to date on all shots, and has a microchip.

I accepted the challenge of working with his handicap. I taught him some simple hand signals and some ASL signing. He understands quite well. I can assist anyone who takes him with about a dozen signs he knows. Chewy has a friendly and loving demeanor. He interacts well with other humans and dogs of all sizes. His hyperactivity is sometimes too much for other dogs, and humans, who tire from it quickly. All my friends and relatives urged me to have him neutered and that would settle him down. NOT! He only knows love and kindness. I never trained him on any type of guard or attack tactics. I have exhausting all resources available locally to no avail. I understand the demand is great nationally and the chances are slim of his adoption. I just have to keep searching for a home for this adorably handsome and gentle canine.

I humbly ask your assistance in finding Chewy a new loving home before this man’s best friend’s life is taken way too soon.

Specifics on the incident: Chewy bolted out the door, went a block down, ran into a Chihauhua off leash who may have went after Chewy, Chewy picked up the Chi, shook him twice and then took off running. The owner of Chewy did not see the attack so I think it was a case of a small dog going after a big dog with dire consequences. 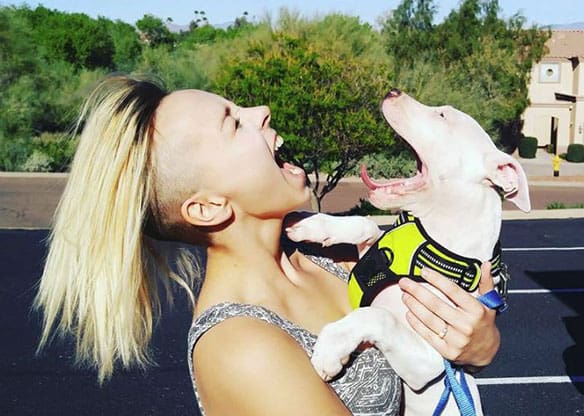